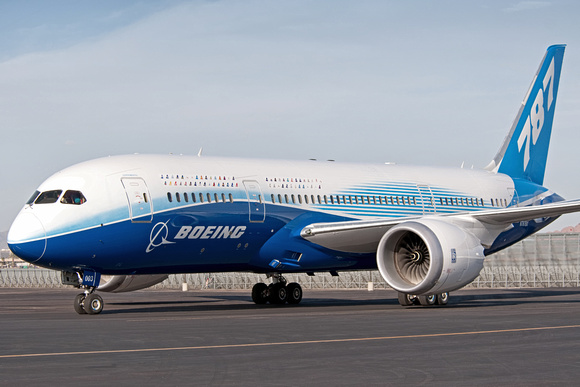 Join them this year with events, activities, and commemorations that celebrate not only their first century of innovation but also the people and moments that inspire us to live by their founder's, Bill Boeing, philosophy -- “build something better.”

They’re ready to write our next century’s history. Come along with them for a breathtaking flight.

William E. Boeing left Yale University in 1903 to take advantage of opportunities in the risky and cyclical, but financially rewarding, Northwest timber industry. That experience would serve him well in aviation.

Under his guidance, a tiny airplane manufacturing company grew into a huge corporation of related industries. When post-Depression legislation in 1934 mandated the dispersion of the corporation, Boeing sold his interests in the Boeing Airplane Co., but continued to work on other business ventures.

He became one of America's most successful breeders of thoroughbred horses. He never lost his interest in aviation, and during World War II he volunteered as a consultant to the company. He lived until 1956, long enough to see the company he started enter the jet age.

William E. Boeing was a private person, a visionary, a perfectionist, and a stickler for the facts. The wall of his outer office bore a placard that read: "2329 Hippocrates said: 1. There is no authority except facts. 2. Facts are obtained by accurate observation. 3. Deductions are to be made only from facts. 4. Experience has proved the truth of these rules."

According to his son, William Boeing, Jr., Boeing was a fast and avid reader and remembered everything he read. He was also a perfectionist. While visiting his airplane building shop at the Duwamish shipyard in 1916, Boeing saw a set of improperly sawed spruce ribs. He brushed them to the floor and walked all over them until they were broken. A frayed aileron cable caused him to remark, "I, for one, will close up shop rather than send out work of this kind."

During the last 100 years, humans went from walking on Earth to walking on the moon. They went from riding horses to flying jet airplanes. With each decade, aviation technology crossed another frontier, and, with each crossing, the world changed. Browse the products from Boeing and its heritage companies that crossed those frontiers: the hundreds of passenger airplanes, military aircraft, space capsules, rockets and more.