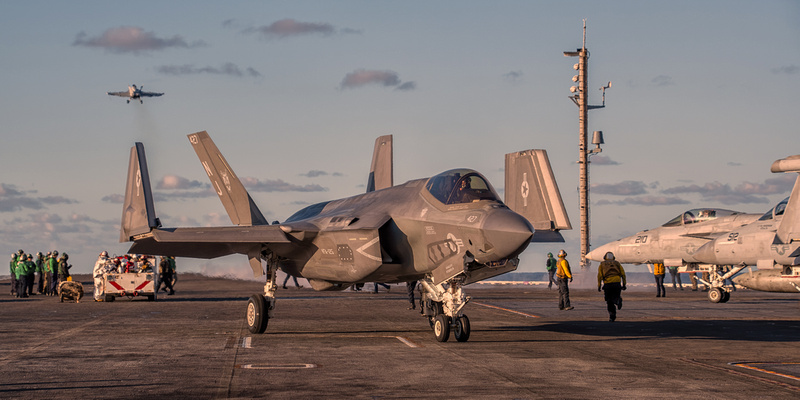 On December 13, 2022, I was able to take part in a 24-hour, Distinguished Visitor (DV)/media embark aboard the US Navy aircraft carrier, USS Abraham Lincoln (CVN 72). I boarded the ship pierside in San Diego at Naval Air Station North Island, and flew off the next day onboard a Bell/Boeing CMV-22B Osprey. I was able to see much of the ship, and also spend many hours taking photos on their active flight deck. It was an amazing experience that I will never forget!

The USS Abraham Lincoln (CVN 72) has a rich and eventful history. Launched in 1988, it has served in several major conflicts, including Operation Desert Storm and the 2003 invasion of Iraq. Over its 30-year career, it has become an important part of U.S. naval history.  The USS Abraham Lincoln's Commanding Officer is Captain Amy Bauernschmidt.  Capt. Bauernschmidt graduated from the U.S. Naval Academy in 1994, designated a Naval Aviator in 1996 and became a Seahawk pilot, and has accumulated over 3,000 flight hours in naval aircraft.  She is the first woman to serve as the executive officer and then as the commanding officer of a U.S. Navy aircraft carrier, and assumed command of the USS Abraham Lincoln August 19, 2021.

The aircraft that were working aboard the USS Abraham Lincoln while I was embarked were all there for their pilots to work on their Carrier Qualifications (CQ).  Qualifying pilots with the knowledge and skills to safely operate carrier-based aircraft is essential for success on a flight deck.  CQs offer an invaluable opportunity for fixed-wing pilots of all experience levels to develop important fundamentals during their training, ensuring proficiency across launch and recovery operations that may not be available during cyclic operations due to lower numbers of aircraft in the air at any given moment.  The CQ process is facilitated by a lower number of craft on deck than during standard flight cycles; thus enabling simultaneous launches and recoveries without needing waist catapults.

CQ is an essential procedure for pilots, both new and experienced, to maintain proficiency in arrested landings.  Appropriate CQ requirements are tailored depending on the individual's flight experience and time elapsed since their last landing.

One hundred years after the commissioning of the first aircraft carrier, the modern fleet has evolved to include a mix of battleships and warships in each Carrier Strike Group. Today, aircraft carriers from two classes of nuclear-powered ships (Nimitz-class and Ford-class carriers) lead the modern-day fleet forces as they provide humanitarian assistance and disaster relief, deter aggression and assure national security.  Congress mandates the U.S. Navy to operate 11 aircraft carriers throughout the world to maintain security, economic freedom and enduring commitments around the world.

Aircraft carriers are the most effective tool to project power, deter aggression, sustain sea control, and maintain America's enduring commitments around the world.  The strategic advantage of aircraft carriers is not anchored – nor made vulnerable by – an anchored geographic location, but rather, is inherent in its maneuver capability.  No other weapons system either in existence or conception has the responsiveness, endurance, multi-dimensional might, inherent battlespace awareness or command and control capabilities of a full sized, nuclear-powered aircraft carrier and its embarked air wing.

Nuclear-powered aircraft carriers and the carrier air wing are always evolving. Nimitz and Gerald R. Ford-class aircraft carriers have the inherent adaptability to support the "Air Wing of the Future" and advanced technologies such as directed energy and unmanned systems to remain at the cutting-edge of warfighting across a 50-year service life.

Since the inception of the United States Navy, there has been a long-standing tradition of pride, dignity, honor and professionalism exhibited by Officers and Sailors.  From protecting merchant vessels from pirates during the Revolutionary War, to Maritime Security and providing Humanitarian Aid Relief around the world today, these individuals have exhibited an unparalleled willingness to put themselves in harm’s way for their country.

Maritime Security is a united, global effort to combat common threats of proliferation, smuggling and piracy, as well as terrorism.  Naval Aviation assets are essential in providing long-range protection against these dangers; safeguarding vessels all over the world by patrolling and escorting them on their journeys.

Humanitarian Aid Relief is an invaluable resource for those affected by disasters, as it provides swift and life-saving aid. Capable of delivering much needed provisions such as water, food and survival supplies within days in a situation of need, CVNs and LHDs enable rapid response efforts before support from relief organizations can reach the region.  A couple of Humanitarian Aid missions that the USS Abraham Lincoln has been deployed for are when the catastrophic 9.0-magnitude Indian Ocean earthquake struck southern Asia in December 2004, the USS Abraham Lincoln was on a port call in Hong Kong.  The USS Abraham Lincoln swiftly answered to provide aid and assistance with search and rescue efforts along Sumatra's hard-hit western coast.  During Operation Unified Assistance, the USS Abraham Lincoln's Air Transportation Office organized resources to ensure a steady flow of supplies into the region. Additionally, the USS Abraham Lincoln provided air traffic control for all relief efforts, and sailors from the Engineering Department Repair Division designed a potable water manifold which would bring much needed fresh water to Aceh Province in Sumatra. A grand total of 5,929,000 pounds worth of aid was delivered by January 4, 2005; This included 2.915 million pounds of food items along with 748 thousand pounds medical supplies that were urgently required by those affected areas impacted by the natural disaster.  In September 2017, the Navy was dispatched to help those affected by Hurricane Irma in Florida.  The USS Abraham Lincoln joined the USS Iwo Jima and USS New York and deployed to join the already on station USS Farragut on a mission of mercy and aid for those devastated by this disaster.

My previous embarks both included a flight to and from the ship on a Navy Grumman C-2A Greyhound, which included an arrested landing and a catapult launch.  The USS Abraham Lincoln has transitioned from the C-2A to the Bell/Boeing CMV-22B Osprey.  For this embark, our flight back to NAS North Island was on a Bell/Boeing CMV-22B Osprey from Fleet Logistics Multi-Mission Squadron 30 (VRM-30) "Titans."  Based at NAS North Island, San Diego, California, Fleet Logistics Multi-Mission Squadron 30 (VRM-30) "Titans" is the U. S. Navy’s first CMV-22B Osprey squadron.  The "Titans" were established to usher in a new era of logistics support for aircraft carriers.  The Navy is embarking on a new chapter in its history, transitioning from the C-2A Greyhound to an aircraft capable of providing efficient and effective logistics support for their many aircraft carriers.  The Navy's new CMV-22B utilizes the V-22 Osprey, a revolutionary tiltrotor aircraft combining a multi-engine design with vertical takeoff and landing (VTOL) capabilities to provide improved operational range while also enabling faster cargo loading/unloading compared to their existing C-2As.  Furthermore, it offers enhanced survivability as well as improved beyond line of sight communications from its predecessor, this powerful combination offers reliability for military operations around the globe.

A few fun facts about the USS Abraham Lincoln; In June 2004 a movie crew embarked for filming of the movie Stealth and brought with them a full-scale model of a fictional aircraft, the F/A-37 Talon, in October 2014 a 30-ton anchor from the USS Enterprise (CVN 65) was installed, and in August 2018 a movie crew embarked for filming flight deck operations and flying sequences for Top Gun: Maverick.

The USS Abraham Lincoln is a proud symbol of America's naval might over three decades since its launch back in 1988.  From providing air support during Desert Storm to serving as part of our overseas forces throughout Asia before finally returning home for upgrades, there is no denying that this aircraft carrier has played an important role in protecting our nation against threats both foreign and domestic throughout its long service life.  Let's always remember what this ship has done to honor those who have proudly served aboard her since her maiden voyage all those years ago.