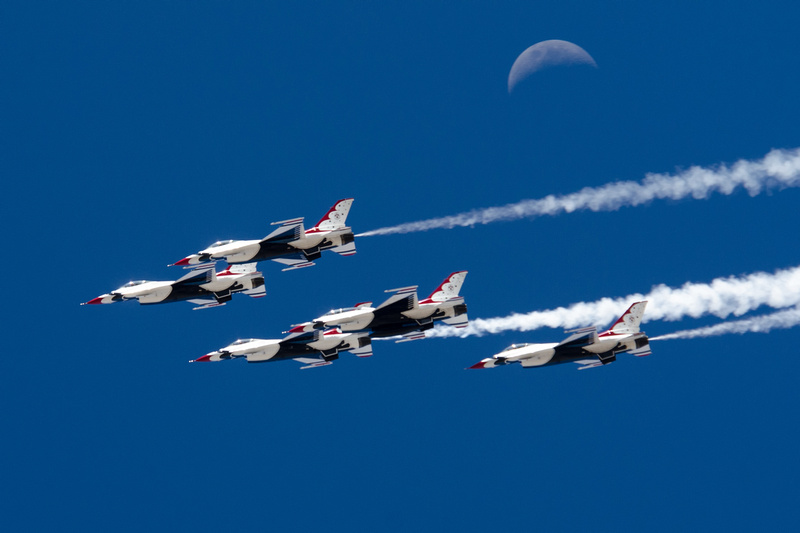 The time had come, the kickoff to the 2016 air show season, and it was time to hit the road to see two of the biggest demonstration teams in the United States.  The US Navy Blue Angels would be performing at the Naval Air Facility El Centro Air Show, and the US Air Force Thunderbirds would be performing at the Davis-Monthan Air Show.  The trick was that these two shows were happening on the same weekend.  The answer was that my good friend Ross and I would be making a weekend road trip out of it.

Friday evening, after work, Ross picked me up and we hit the road for El Centro, California.  We unfortunately weren't going to make it in time for any of the evening festivities, but we did make it to Burgers & Beer in time for dinner and a few drinks with friends.  We were up early the next morning so that we could get on base when the gates opened.  We wanted to get there early so we could get some static shots of aircraft before the crowd got too big.

The show itself was very good!  I have attended the last four NAF El Centro Air Shows, and this one was my favorite so far.  It was great to see the warbirds, and awesome to see an F-86 again!  Once the Blue Angels were done, Ross and I stuck around to let the crowd thin out to get some more static shots and hopefully catch some of the departures.

Once we left the show, it was time to hit the road and head to Tucson, Arizona.  After a long drive, we arrived in Tucson just after Midnight.  Again we were up early for the show, but this time we decided to photograph the show from off base.  I discussed locations with another friend that is very familiar with the area, and we picked our location.  We ended up watching the show with our new friends, an aviation buff and his two sons that just loved everything there was about military aviation.  The were awesome to spend the day with, a lot of fun!  Hopefully we'll be able to see them again sometime, maybe during the next Davis-Monthan Air Show.

There was one part of this show that I was really looking forward to, the Combat Search and Rescue (CSAR) demonstration.  I had never seen it before, and I was really looking forward to it.  The skies over D-M would be filled with C-130s, A-10s, and H-60s demonstrating what they do during these operations.  It was also great to see an F-22 demonstration again, the F-22 is such an amazing aircraft.

I would like to thank Ross for being my partner in crime on this trip, and for spending all the time behind the wheel.  I'm looking forward to our next aviation related road trip!