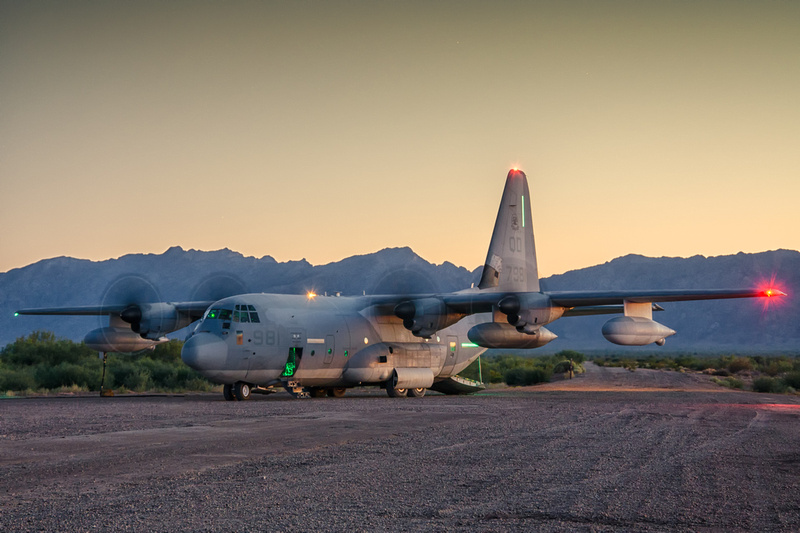 The KC-130J is the global leader in aerial refueling for tactical and tiltrotor aircraft and helicopters. It is also capable of conducting rapid ground refueling operations for armor/tactical vehicles. The KC-130Js assigned to U.S. Marine Corps units have more than 20,000 hours of flight in Iraq. The KC-130J is battle-tested and delivers capabilities that enables fleets around the world to keep flying. The KC-130J aerial refueling (AR) tanker is the latest in a long lineage of combat proven KC-130 Hercules tanker technologies. The new KC-130J builds on proven tanker designs while taking full advantage of tremendous technological and performance improvements inherent in the basic C-130J aircraft. Several international operators also fly the KC-130J.

To achieve the global reach and rapid deployability our nation requires, Marine Aviation must be able to deliver Marines, fuel and cargo where needed. Answering the call is the Marine KC-130 Hercules. A tactical tanker/transport aircraft that stretches more than 90 feet in length and 130 feet wing to wing, the KC-130 Hercules can resupply austere battle zones, provide battlefield illumination, insert ground troops and perform medevac operations. It is during the mission of tactical aerial refueling, however, that the Marine KC-130 has earned the reputation for being best in the world.

Able to carry more than 12,000 gallons of fuel and simultaneously refuel two aircraft at 300 gallons a minute, the Hercules has been called the workhorse of Marine Aviation. With air delivery and multisensory imagery reconnaissance capabilities, Marines in the air now have another way to support Marines on the ground.