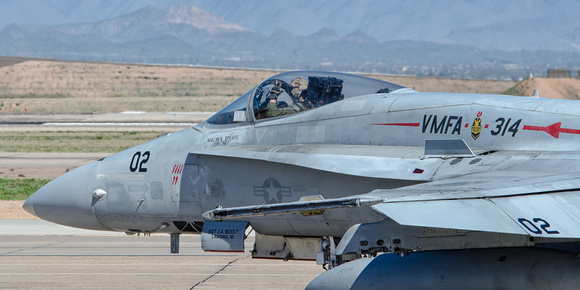 Phoenix-Mesa Gateway Airport has a very rich history of aircraft training and flight operations.  Even I learned to fly at the airport when I attended Arizona State University and was flying with Mesa Airlines Pilot Development.  As far as flight operations go, you never know what you are going to discover at the airport.  You can see anything from the NASA Super Guppy, to airliners, to biz jets and private aircraft, to Antonov An-124s and the An-225, to any number of military aircraft visiting for lunch or the weekend. 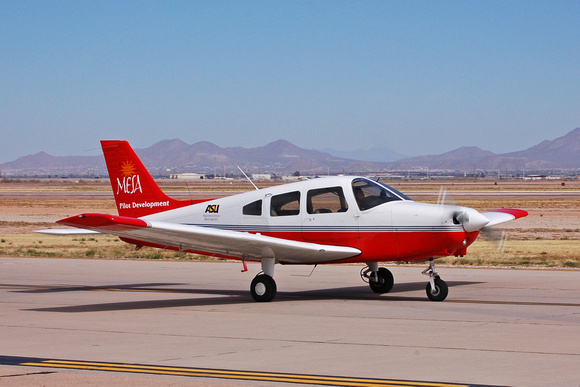 According to Phoenix-Mesa Gateway Airport, the former Williams Air Force Base played a strategic role in America's aviation history.  Over a span of 52 years, more than 26,500 men and women earned their wings at Williams.  Gearing up for the combat pilot demands of World War II, the Army Air Corps broke ground in Southeast Mesa, Arizona for its Advanced Flying School on July 16, 1941.  In February 1942, the growing military base's name was changed to Williams Field to honor Charles Linton Williams, an Arizona-born pilot.  The facility was re-designated as Williams Air Force Base (WAFB) in January 1948.  WAFB was the U.S. Air Force's foremost pilot training facility, graduating more student pilots and instructors than any other base in the country and supplying 25% of the Air Force's pilots annually.

The Base was closed in 1993 and officially reopened as Williams Gateway Airport in March 1994.  In 2008, the name of the Airport was changed to Phoenix-Mesa Gateway Airport.

Gateway is also developing as an international aerospace center with aircraft maintenance, modification, testing, and pilot training.  In addition to the area's skilled labor force, excellent year-round flying weather, three expansive runways averaging 10,000 feet, and access to international markets, Gateway's assets make it a prime location for global-minded companies. Gateway has been designated as a Foreign Trade Zone, as well as a Military Reuse Zone, offering aviation companies a significant financial edge in the global marketplace.

Phoenix-Mesa Gateway Airport Authority owns and operates the Airport.  The Authority currently consists of the City of Mesa, City of Phoenix, The Gila River Indian Community, Town of Gilbert, Town of Queen Creek, and City of Apache Junction.

Phoenix-Mesa Gateway Airport was certainly a great place to learn to fly, and it has also been a great place for aviation photography and building aviation connections.  I look forward to having a fun and friendly relationship with the airport for many years to come.