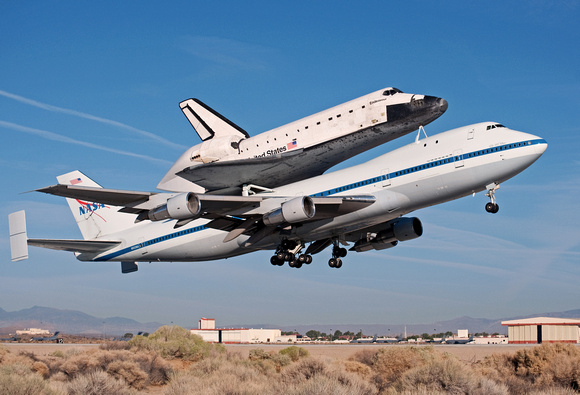 At 10:30pm on Tuesday, September 18, I jumped into my car and headed west towards Los Angeles, California.  My final destination would be NASA's Dryden Flight Research Center, which is a tenant of Edwards Air Force Base, to attend a three-day NASA Social to welcome the Space Shuttle Endeavour to California.

About a week before I left, I received an email from NASA's Social Media Team informing me that I had been selected for the NASA Social at Dryden.  More than 2300 people applied for a spot, and I was granted one of just 40 spots.  After I contained my excitement I realized that I had to get to work making plans and reservations, this adventure was only a week away!  Due to a weather delay causing Endeavour to depart Kennedy Space Center two days late, this NASA Social went from a two-day schedule to a three-day schedule.  The first day would be all about NASA and Dryden, the second day would include the arrival of Endeavour, and the third day would include the departure of Endeavour on her way to Los Angeles International Airport and then eventually on to the California Science Center.

Shortly after driving through Palm Springs, I turned north towards the Antelope Valley and the towns of Palmdale, Lancaster, Rosamond and Mojave.  Since I was still a few hours early, my first stop would be Mojave to see if I could check-in to the hotel early and also check out the Mojave Air and Space Port.  There wasn't anything going on at the airport at 5:30am and there wasn't any chance of checking into the hotel that early in the morning, so I decided to hang out near the Voyager Restaurant and watch the sunrise while enjoying the cool desert air.

Around 6:45am I jumped back into the car and drove south to Rosamond.  The NASA Social participants were to only use the West Gate at Edwards Air Force Base.  We would meet just outside the gate, at Century Circle, get checked in with both the Edwards AFB Security Forces (including having a K-9 thoroughly sniff each vehicle) and NASA, then we would caravan through the gate to Dryden.  Once at Dryden we were escorted through Dryden's security gate and up to one of their conference rooms.  At first, the setting turned out to be a little strange to me; it felt similar to a college classroom, but everyone was being encouraged to surf the Internet on their laptops and constantly use their cell phones.  It took a little getting used to, everyone taking photos and posting to Facebook and Twitter, but this must be normal during a social media event.  I too eventually joined in and started posting updates to Facebook.  It was a very educational and informative first day:

Day two started in Mojave with another quick drive down to Rosamond and then over to Edwards' West Gate.  This was going to be an exciting day for me, this was to be the day that I would see a Space Shuttle for the first time!  Day two's events included: 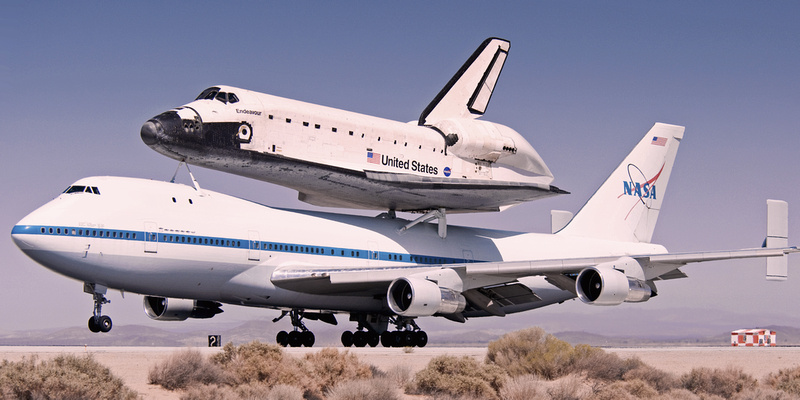 Day three would start a little different and a little earlier, due to my hotel bookings being done on different days, I had to move to Lancaster the second night.  I also had to start much earlier, I needed to be at Edwards' West Gate around 5:00am.  We would need the early start so that we had plenty of time to board the bus and get out to the runway prior to Endeavour's departure.  Day three would also be our shortest day at Dryden: 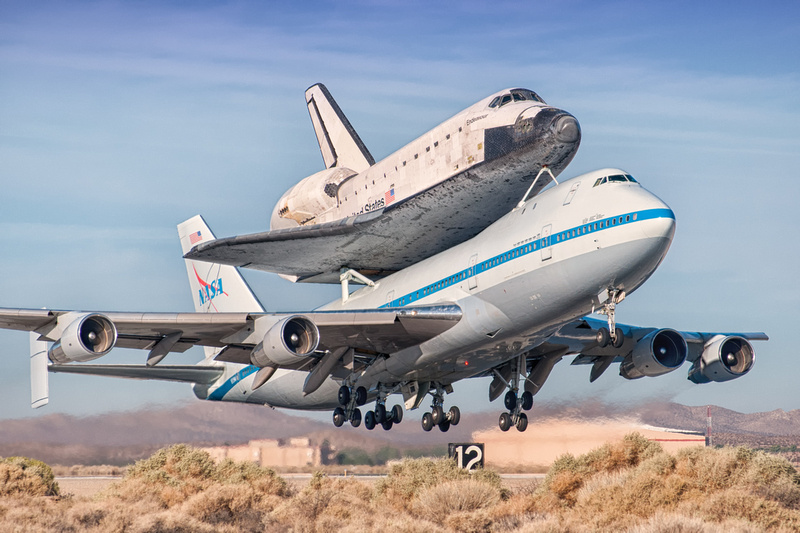 This was a fantastic event with so much to see and learn, and so many people to meet and become friends with.  I would like to give a very large and sincere "THANK YOU" to everyone at NASA who put this together, they dedicated a lot of time to us and to this event.

After departing Dryden and Edwards I couldn't head home yet, it was time to visit a friend at the Mojave Air and Space Port.  Cathy is Mojave's Airport Director, and I met her while on tour with the Arizona Wing's Boeing B-17G Flying Fortress Sentimental Journey.  I was meeting her and her husband for lunch at Mojave's Voyager Restaurant.  It was great spending time and catching up with her.  After lunch she took me around to a few of Mojave's tenants for some quick tours.  One stop was at Orbital Sciences to learn more about the company and their Lockheed L-1011 Stargazer airborne launch and research platform.  We were given a tour inside the aircraft and were also able to learn about various launch missions using Pegasus rockets and also their X-34 program. 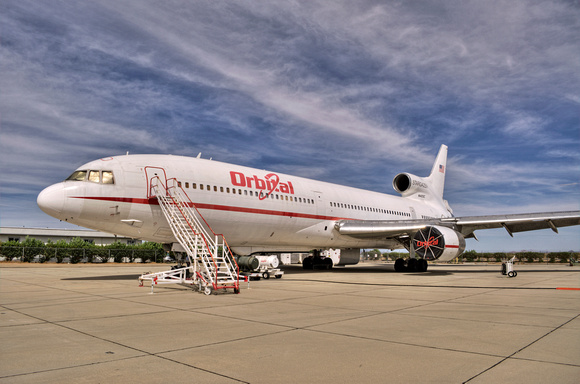 After being gone for 73 hours, only sleeping about 10 of those hours, and driving over 1200 miles, I returned home with a memory card full of pictures and my head full of memories that will last a lifetime.