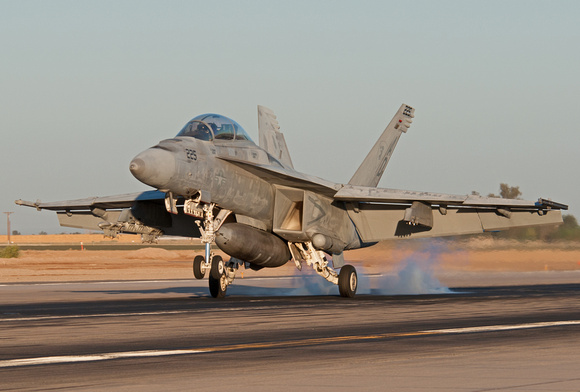 First, before I go any further, I would like to give a big thanks to the NAF El Centro Commanding Officer and the Public Affairs Office for making these photocalls a possible and an incredible opportunity.

Twice per year, Naval Air Facility El Centro hosts photocalls to spread the word about NAF El Centro and the mission of Naval Aviation.  These photocalls allow photographers to get up close to aircraft operations and see exactly what goes on at NAF El Centro.

Through the group I Co-founded, the Arizona Aviation Photographers (AzAP), I have been able to attend many of these photocalls, and it is amazing being able to experience Naval Aviation this up close and personal.

This past photocall was held on October 24, 2012, and it made for a long day, as the photocalls always do.  I always make the trip in one day, Phoenix to El Centro and back, I leave early and get back late, and today would be no different.  I was on the road shortly after 0300, I wanted to make sure I was in El Centro in time to catch the morning launch and recovery.  The photocall itself runs from 1300 to 1700, so the time before going through the gate is usually spent, by most, outside the fence photographing aircraft launch and recoveries.  We had heard that this photocall would be a bit different than past ones, the Marine Corps was staging a couple of squadrons out of NAF El Centro for the current WTI.  These two squadrons would be carrying live ordinance for practice on the TAC Range.  There was also a detachment of EA-6B Prowlers from VAQ-129.  The Prowler is currently being replace by the Boeing EA-18G Growler.  Many of us were excited to see the Prowlers, maybe for the last time.

When we first arrived out at the runway there was a KC-130J practicing touch-and-go landings, it bounced a few times and then there was an F/A-18 launch.  The two Marine Corps squadrons that were at NAF El Centro participating in MCAS Yuma's WTI launched fully loaded with different ordinance, they were heading out on a training mission to practice dropping bombs.  The missions usually last for about an hour, and as the F/A-18s were coming back and starting their recovery we noticed the EA-6B Prowlers taxiing out.  This was one of the things I was waiting for, the Prowler is one of my favorite aircraft and since they are being replaced and on the verge of retirement it is always a great opportunity to see them operating. 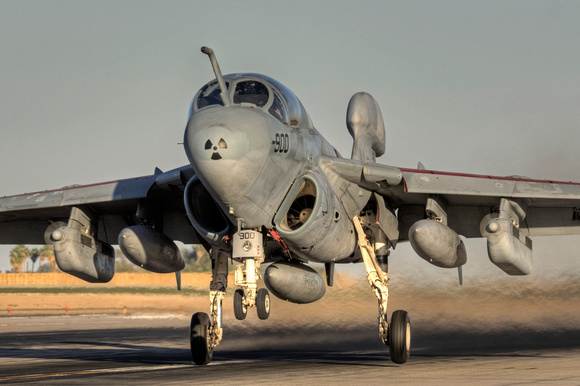 During the Prowler launch we saw that the Hornets from VFA-106 "Gladiators" were starting to taxi.  This was another moment I was waiting for.  I have a friend who is a Super Hornet pilot with VFA-106, and this was my opportunity to photograph him flying.  He had sent me a text message letting me know which aircraft he would be in, so as they taxied out I made sure I found the Super Hornet with the side number that he had given me.  I was able to catch him taking off and landing and I also was able to catch many other VFA-106 aircraft that day.  Through my friend I was able to make all of my VFA-106 photos available to the entire NAF El Centro training detachment.

After the Prowlers and Hornets recovered the Sun was starting to set and it was time to end another awesome photocall.  A NAF El Centro photocall is never complete without our traditional stop for dinner at Burgers & Beer in El Centro.  Almost all of the Arizona Aviation Photographers (AzAP) and a few others made the short drive and had a good time talking about the day.  After dinner it was time to make the long, quite drive back home to Phoenix.

All these photos, and more, can be found in my Naval Air Facility El Centro Collection of photos.