One Day in LA 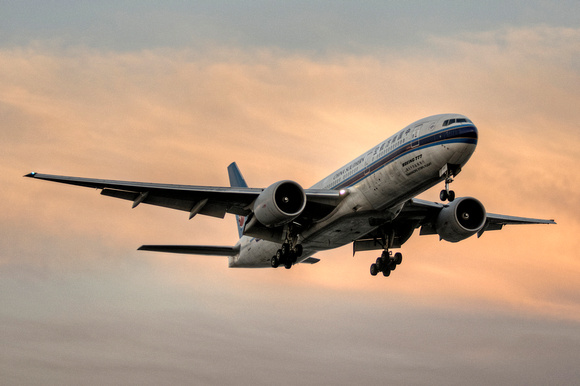 In the early morning of Saturday, September 8, a few friends piled into a car and hit the road for an out-and-back trip from Phoenix, Arizona to Los Angeles International Airport (LAX), California.  The entire trip started out as a joke a few weeks ago, but the more we joked about it the more we decided to turn this trip into a reality.  I have been through LAX many times on different flights here and there, but I have never been there for photography.  This trip would give me an opportunity to photograph many different airlines and their airliners that I have never had an opportunity to photograph before.

We hit the road around 5am, our first stop would be the Palm Springs Air Museum in Palm Springs, California.  None of us had ever been there before and we were all excited to see their extensive collection of warbirds.  I was especially interested in their Consolidated PBY-5A Catalina.  This Catalina was the 1,788th PBY-5A manufactured in San Diego and is BuNo 48426, her history is with the US Navy's Patrol Squadron SIXTY ONE (VP-61), Fleet Air Wing 6, and she was flying out of the Aleutian Islands during WWII. 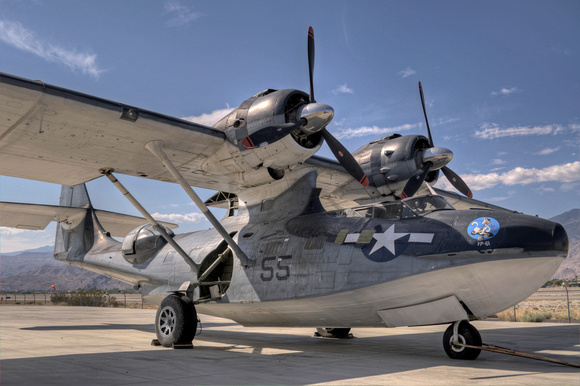 After spending an hour, or so, at the museum we were off to Los Angeles and LAX.  Our first destination, after arriving in the Los Angeles area, was the Westchester In-N-Out Burger.  This location is known for its amazing views of airliners landing on LAX's Runway 24R.  At the time the lighting was bad, but the view was incredible.  It was awesome to see Boeing 777s and Boeing 747s coming in right above our heads!  I spoke with a family who comes out every Saturday to watch the Airbus A380s arrive from overseas.  They informed me that we had missed both the Air France A380 and the Singapore Airlines A380 and they didn't think there would be any others that day.  We had seen the Singapore A380 on approach as we were driving in, and saw a total of four of them on the ground.  The A380 was one of the airliners we had wanted to photograph that day, but it would have to wait for another trip.  The family told me about The Proud Bird which is an aviation themed restaurant near the approach end of LAX's Runways 25L/R.  They told me about the aircraft they have on display out front and the many others they have on display out back.  Since the light wasn't good at the In-N-Out Burger we decided to drive over to The Proud Bird.  We parked the car and walked north on Aviation Blvd.  This gave us a great view of aircraft arriving on Runways 25L/R, but we noticed that most of the heavy aircraft were using Runways 24L/R.  We decided it was time to move and headed over to a parking garage situated between the runways so we could get good views of the heavy aircraft arriving on the north runways and still be able to see the south runways.  As the sun started to creep lower towards the Pacific Ocean we decided it was time to move once again.  We headed back to the Westchester In-N-Out Burger where we would be able to catch a few airliners in the last moments of sunlight.

We packed up our camera gear and piled into the car to return to Arizona, but we had one place left to visit.  We drove west towards the departure end of Runways 24L/R, we parked the car and walked down to Dockweiler State Beach.  After all, what trip to Los Angeles would be complete without a visit to the ocean?  About 22 hours after leaving my home I was back again with a memory card full of photos and a story to tell.

This is my list of aircraft (in order of appearance) I photographed from my One Day in L.A. trip:

A few photos have already been published here on Ottosen Photography under Airliners, but there are many more photos coming soon.

This entire trip to LAX was a great learning experience of when and where to take photos around the airport.  In less than two weeks I will be back to catch the arrival of the Space Shuttle Endeavour as she lands at LAX on the top of NASA's Boeing 747 Shuttle Carrier Aircraft (SCA).  Endeavour, like all the Shuttles, has been retired from flight and NASA is donating Endeavour to the California Science Center.