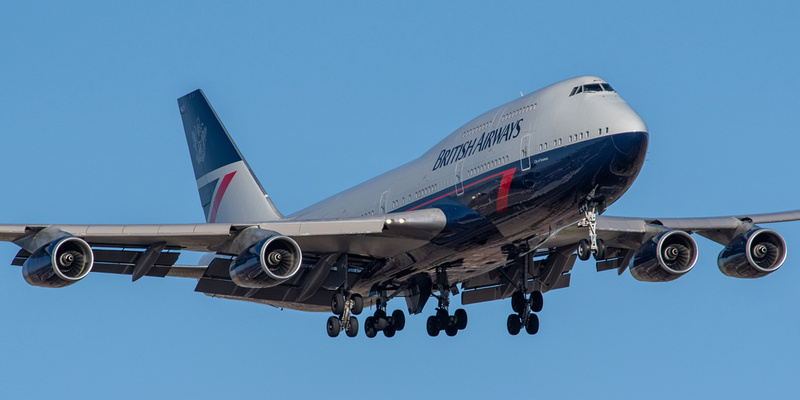 On August 25th British Airways turned 100, and BA celebrated their landmark birthday by celebrating Britain.  I have been a huge fan of BA since my first ride with them back in June 2000.  I have since had a total of four flights with BA, and they are still my favorite airline.

I first remember seeing British Airways' Boeing 747s back in the early '90s at Sky Harbor when they were flying their Landor livery.  Since then, the Landor livery has been my favorite BA livery.  Now, I really loved the World Tails, and that is when I first flew with BA (Boeing 747-400 w/ Netherlands World Tail), but they didn't last long.  So, it is awesome that Landor, and a couple of other liveries, have returned to the skies during the British Airways Centenary.

I have loved being able to catch BA heritage liveries this year, and I hope to be able to catch them some more before BA replaces their Boeing 747s with Boeing 787s on the Heathrow-Phoenix-Heathrow route later this year.  Once BA makes that change, it will be Boeing 787s and Boeing 777s on the route, and I will miss our daily 747 at Phoenix Sky Harbor International Airport.

While I love seeing the BA Boeing 747-400s coming and going from Sky Harbor, I do welcome the next generation of airliners, and I will always love watching British Airways come and go from Sky Harbor.  And, even with the steady decline of Boeing 747s in the sky, I still find myself looking forward to my next flight on British Airways!