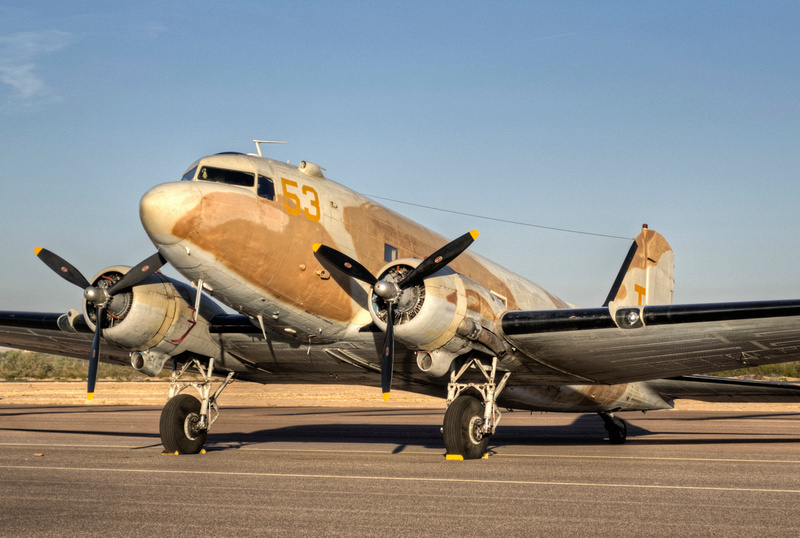 Serving with the 11th Troop Carrier Squadron, this aircraft flew highly classified missions transporting spies and supplies and rescuing wounded and refugees. This actual aircraft’s missions were lost to history for 70 years until now. CAF Airbase Arizona has embarked on an ambitious fundraising program to restore “Old Number 30” to its authentic interior and exterior.

This C-47 is a modified version of the Douglas DC-3 passenger airliner and was used as a corporate plane after WWII. She was then purchased by the “Wings of Flight Foundation” before arriving at Arizona CAF Museum.

The awesome book, The Forgotten 500, is an astonishing, never before told story of the greatest rescue mission of World War II—when the OSS set out to recover more than 500 airmen trapped behind enemy lines in Yugoslavia...

During a bombing campaign over Romanian oil fields, hundreds of American airmen were shot down in Nazi-occupied Yugoslavia. Local Serbian farmers and peasants risked their own lives to give refuge to the soldiers while they waited for rescue, and in 1944, Operation Halyard was born. The risks were incredible. The starving Americans in Yugoslavia had to construct a landing strip large enough for C-47 cargo planes—without tools, without alerting the Germans, and without endangering the villagers. And the cargo planes had to make it through enemy airspace and back—without getting shot down themselves.

Classified for over half a century for political reasons, the full account of this unforgettable story of loyalty, self-sacrifice, and bravery is now being told for the first time ever. I'm not sure of the full history of this aircraft, but the book, The Forgotten 500, is the gripping, behind-the-scenes look at the greatest escape of World War II. And after reading about "Old Number 30" and her history, I can't help but believe that she was one of the C-47s that took part in these incredible rescue missions.

Thanks to Airbase Arizona and author Gregory A. Freeman, for the historical information.