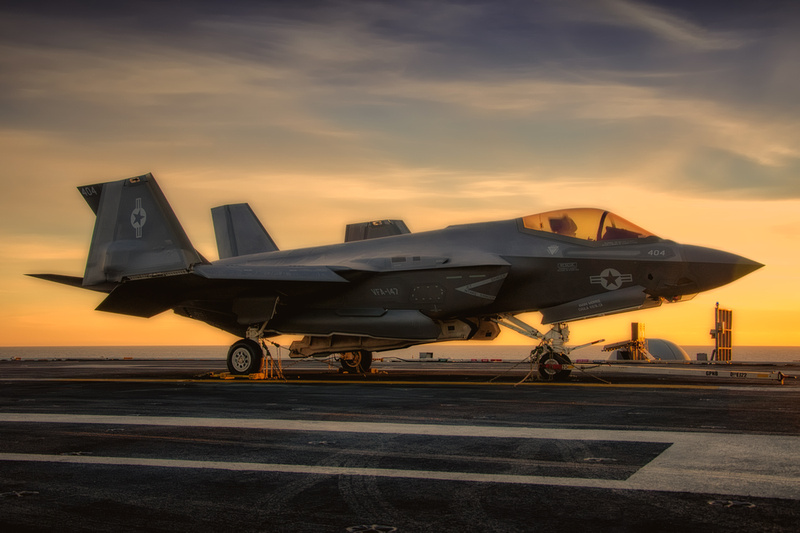 On December 8, 2018, I was able to take part in a 24-hour, Distinguished Visitor (DV)/media embark aboard the US Navy aircraft carrier, USS Carl Vinson (CVN 70). The Navy flew me to and from the ship in a Grumman C-2A Greyhound, and we made an arrested landing upon arrival and a catapult launch when we departed the next day. I was able to see much of the ship, and also spend many hours taking photos on their active flight deck. It was an amazing experience that I will never forget!

The USS Carl Vinson (CVN 70) is America's third Nimitz-class aircraft carrier.  The ship's primary mission is to conduct sustained combat air operations.  Partnered with the embarked Carrier Air Wing 2 (CVW 2), Vinson protects US interests around the world and other friendly military or merchant vessels, defends air and sea-lanes, provides humanitarian assistance and disaster relief, and maintains a visible presence of American resolve any time, any place.

This marks a major milestone for the U.S. Navy toward declaring Initial Operating Capability (IOC) this year. The safe-for-flight operations certification (SFFOC) is the final step for VFA-147’s transition from the F/A-18E Super Hornet to the F-35C Lightning II. This process ensures a squadron is manned with qualified personnel to implement maintenance and safety programs in support of fleet operations. All transitioning squadrons are required to complete this certification prior to independently conducting flight operations.

When introducing a new aircraft to the fleet, the appropriate fleet replacement squadron (FRS) is assigned oversight responsibility for the transitioning unit. The VFA-125 “Rough Raiders” were re-activated in January 2017 to fulfill the appropriate FRS role for the Lightning II. Since completing their combat deployment last winter, VFA-147 has been working with the Rough Raiders to accomplish the safe-for-flight operations certification.  The Argonauts will now be able to operate independently from the Rough Raiders, having received their safe-for-flight operations certification.

The safe-for-flight operations certification encompasses areas such as equipment, personnel and programs. Not least among them is the requirement for the squadron to be in the physical custody of at least 30 percent of the assigned aircraft. Other requirements include the installation and operation of management information systems such as Autonomic Logistics Information System (ALIS) and its accompanying support networks.  There is also a requirement for operational F-35C squadrons to maintain robust, on-track, maintenance programs, as well as complete various inspections ranging from weapons to safety. Aircrew complete a transition flight syllabus and maintain certain proficiencies in accordance with Naval Air Training and Operating Procedures and Standardization (NATOPS).

It was a great honor to be included in this group of amazing photographers which included; Katsuhiko "Katsu" Tokunaga, Susumu "Toksans" Tokunaga, Michael "Mike" Heilman, and myself.  Our embark was scheduled to start on December 7th, but due to a maintenance issue the ship was not able to get underway as scheduled and our embark would have to be rescheduled for the next day.  But, we were able to board the ship, get into our staterooms, and tour the Flight Deck before we were told we would have to reschedule.  Two of the photographers were Japanese, and it was a true honor to spend part of December 7th aboard a US Navy aircraft carrier with two amazing Japanese citizens, especially when you think about what happened exactly 77 years prior.

On December 8th, the four of us returned to Naval Air Station North Island for our flight out to the USS Carl Vinson.  Since our embark had to be rescheduled to December 8th, we ended up joining another group of D/Vs.  This other group included Gabby Giffords, Captain Mark Kelly, Olivia Munn, and their entourage.  There was definitely a buzz aboard the ship because of this group of D/Vs, but I think it was mostly because of Olivia Munn.  We didn't spend any time with them aboard the ship, but it was an honor to be able to meet them.  After meeting up with the entire D/V group, we headed over to NAS North Island's Air Terminal to receive our briefing for our flight out to the ship.  Our flight would be with Fleet Logistics Support Squadron 30 (VRC-30) "Providers," aboard one of their Grumman C-2A Greyhound, or COD (Carrier Onboard Delivery).  The briefing included what to expect during our flight, landing aboard the ship (trap), what safety gear we had to wear, and what to do in case of an emergency.  This wasn't anything new to any of us photographers as we have all done this before, but we still listened carefully.

As we waited in the Air Terminal for our flight, we started to hear a buzz that kept getting louder, it was the familiar sound of the COD's two Allison turboprops.  It was time, the COD was taxiing over to the terminal to pick us up.  We were escorted out, boarded the aircraft, and strapped into our rear-facing seats.  Once we were all strapped in, it was time to go.  We were told that about 10 seconds prior to landing the Crew Chiefs would raise their arms over their heads and shout, "Here we go, here we go, here we go!"  About an hour later, there it was, "Here we go, here we go, here we go!"  I relaxed and sat firmly back into my seat, and the next thing I know the tires and Tailhook thump, then almost instantly, you're stopped.  You are thrown back into your seat as the COD experiences extreme deceleration from 105 mph to 0 mph in two seconds.  Still a rush!  The wings fold back, the cargo doors open, and you taxi over next to the Island.  Looking back, with the doors open, you can see the Flight Deck, you can see all the different colored shirts working the Flight Deck, and you can see the ocean.

Once back aboard the ship it didn't take long to get everything sorted and get situated back in our staterooms.  After lunch, we met the ship's Safety Officer, had our Flight Deck safety brief, and were escorted up to the Flight Deck for some photography.  The Flight Deck was active with pilots working on their CQs.  The Flight Deck during CQs is not operating as normal.  Normally, the ship does all of its launches, and then all of the recoveries.  But during CQ the aircraft are launching and recovering at the same time, so the dynamic is changed and it actually becomes a bit more dangerous.  This is why the ship's Safety Officer was our escort during this period.  It was awesome to watch and photograph all the action, especially the F-35Cs as this was my first time seeing the F-35C.  Arizona has plenty of A (Air Force) and B (Marine Corps) models with both Luke AFB and MCAS Yuma, so it was amazing to finally see the C (Navy) model.  In addition to VFA-147, there were other training squadrons out on the USS Carl Vinson.  All these squadrons had pilots working on their own CQs, so there was plenty to see and photograph while we were out there.  We had almost an hour photographing flight operations, then we had to put our cameras away due to photography restrictions, but we were then able to spend much of the remainder of the afternoon on Vulture's Row watching all the action.  We went back up there after dinner for night operations, which are always amazing to watch.  The US Navy is the only navy in the entire world that conducts night operations, so it's an incredible experience to be able to watch the Navy do one of the very specific things that sets them apart from the rest of the world.

The next morning we awoke to a beautiful sunrise and another hour of photographing an inactive Flight Deck.  While the active Flight Deck from the previous day was incredible, the sunrise gave us some amazing, ever changing light as a backdrop to our photos.  We had the run of the place, and could photograph whatever we wanted (as long as we stayed within the Navy's guidelines for photographing the F-35C).  After the morning photo shoot, we met up with the ship's Public Affairs Officer (PAO) so that he could perform a Quality Control (QC) check on all of our photos.  Between the four of us we lost around a total of eight photos due to the QC check, but most of them were released for publication.  After the QC check, we spent some time in the Hangar Bay and on the Fantail.  I have always loved watching a ship's wake, so it was cool to spend some time on the Fantail watching the wake go all the way to the horizon.  Then it was lunch, the food was actually very good during all our meals, and then off to the ATO (Air Transfer Office) Shack for our departure briefing.  In the ATO Shack, we watched a video briefing on what to expect when we launched off the bow of the ship.  Then it was time for one more trip up to the Flight Deck where we would be launched using one of the ship's four steam catapults in a COD, experiencing acceleration from 0 mph to 128 mph in three seconds.  This time, the g-forces throw you out of your seat as your four-point harness strains to hold you back in your seat.  After the launch, it was a nice flight back to NAS North Island.  Once back on dry land, I collected my gear, jumped in the car, and hit the road back to Phoenix, Arizona. 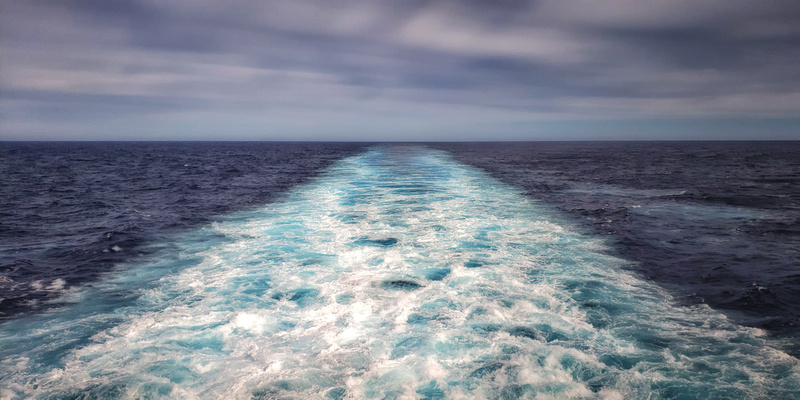 A huge THANK YOU to all the men and women who helped make this such an awesome embark, especially the CNAF PAO and the USS Carl Vinson PAO.