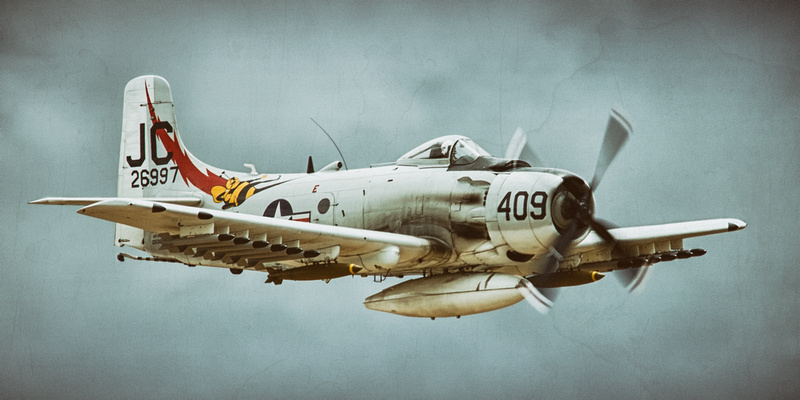 The 2017 Planes of Fame Airshow was another amazing event, and Rylan and I were happy to be there to catch the action.  We weren't able to attend both days, but Saturday's show was outstanding.  For as long as I can remember, I have had a love for aviation.  But it's warbirds that hold a special place in my heart, and it's aviation and warbirds that brought Rylan and I together.

This year's show was to be a celebration of Planes of Fame's 60th Anniversary, and it's sad to think that it almost didn't happen.  About a month prior to the show a handful for airport tenants filed a lawsuit against Planes of Fame to stop their airshow.  But thanks to overwhelming support, the show did go on.

Rylan and I arrived at Chino Airport early Saturday morning so that we could beat most of the crowd and take some photos of the static aircraft.  I am currently working on a new collection that I have given a working title of "The Art of War," and getting out early was the perfect time to add some more photos to this collection.

Arriving early also gave us a chance to get out to the aircraft on the flight line to photograph the warbirds that would be flying later in the day. 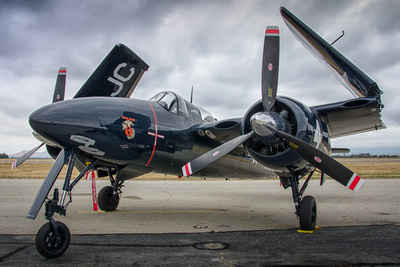 The weather was cool and the skies were cloudy, and the show officially kicked off with a gaggle of Planes of Fame's own warbirds flying in formation to celebrate their 60th Anniversary.  Here's what Planes of Fame had to say in their Air Show 2017 Recap:

It was incredible to see all of the different warbirds performing during the airshow, such a history lesson just in watching the aircraft fly.  You can truly see the love for these warbirds in the aircraft themselves, in the pilots that fly them, the mechanics that keep them airworthy, and in all those in attendance.  And the mission of Planes of Fame really comes to life during their airshow; To preserve aviation history, inspire interest in aviation, educate the public, and honor aviation pioneers and veterans.  After the airshow, Rylan told me that she loved seeing the Lockheed P-38 Lightning take to the sky and make her way around the airfield.  I loved watching the bomber flight, it was awesome to see the Consolidated PB4Y-2 Privateer struttin' her stuff in the skies above Chino Airport.  It was also great to see old friends and to meet some new ones.  We enjoyed our time and the airshow so much, that we are already planning a trip back, later this year, so that we can explore their museum and see the other aircraft in their collection.