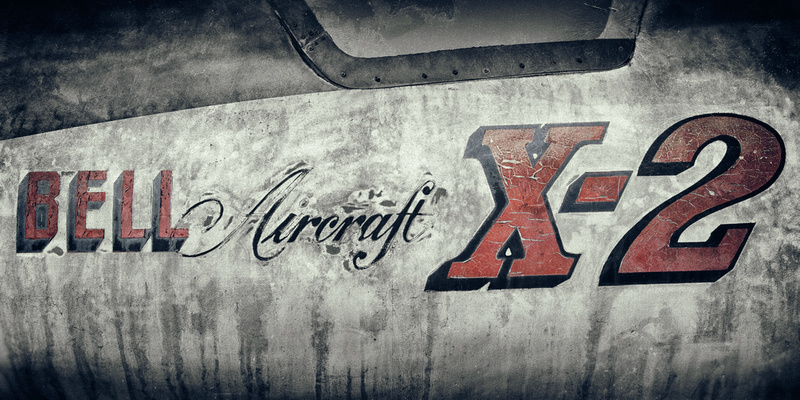 Last month Rylan and I spent a long weekend in Palm Springs, California.  This trip was not only visiting friends and a couple of aviation museums, but was also to celebrate Rylan's upcoming birthday.

We started out early Friday morning, heading southwest to Yuma, Arizona.  We decided to stop at MCAS Yuma to see if there was anything flying on the second-to-last day of the Weapons and Tactics Instructor course (WTI) 1-18.  We didn't expect much flying, but decided to kill a few hours in hopes of catching something.  All we were rewarded with was one Lockheed Martin KC-130J Super Hercules from Marine Aerial Refueler Transport Squadron 152 (VMGR-152) "Sumos." 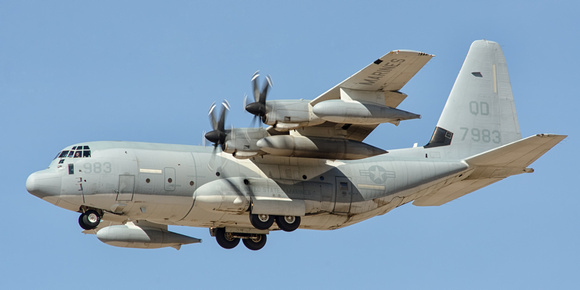 It was actually kinda cool to catch a VMGR-152 "Sumos" bird, as I flew on one of their KC-130Js a few years ago during another WTI. 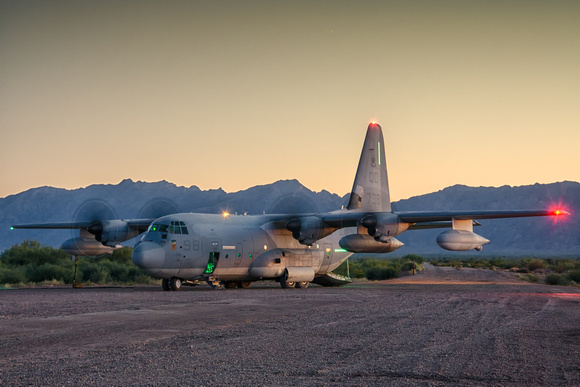 After Yuma, it was off to El Centro, California to see what was happening at NAF El Centro.  I was told that there were a few aircraft there, and that I could expect some flying.  This info came a few days prior to our trip, but once we got to NAF El Centro the winds were too strong and all flying was canceled for the remainder of the day.  But, we were able to spend the evening with our great friends, Kris and Robin, at Burgers & Beer in El Centro.  Burgers & Beer is one of our musts when we visit El Centro, and it is where the Arizona Aviation Photographers (AzAP) go after every NAF El Centro Photocall.

We then hopped back in our car for our last leg of the day, El Centro to Palm Springs, California.  Palm Springs was where we would be staying for the weekend.  Our hotel was the Palm Canyon Resort, which is a beautiful resort located not far from downtown Palm Springs.  We have stayed there before, and were looking forward to another weekend there.

The next morning it was off to Chino, California and the Planes of Fame Air Museum.  First we stopped at Flo's Airport Cafe for breakfast.  Flo's is amazing, and is a must when in Chino.  Rylan had never been to Flo's, and she thought Flo's was very country, fresh tasting.  After breakfast, we were off to Planes of Fame.  It was awesome to spend a few hours at the museum, and Rylan was so impressed that she was, literally, knocked off her feet!

After Planes of Fame we decided to hit the beach.  We decided to head to Newport Beach, California and visited beautiful Little Corona del Mar Beach.  This is one beach that we would love to visit again.

The next morning we visited the Palm Springs Air Museum.  We both really enjoy this museum, and try to visit whenever we are in Palm Springs.  This time they had recently opened a new hangar, and it was great to see that their Grumman EA-6B Prowler was finally on display.  I was at the museum when the US Navy delivered the aircraft to the museum, and it was very cool to see the name of one of my friends on the canopy rail.  Blake and I went to flight school at Arizona State University together.

It was fun to take our time to walk through all their hangars and see their displays.

After the museum it was time to hit the road and head back to Phoenix, Arizona.  Another awesome road trip in the bag!