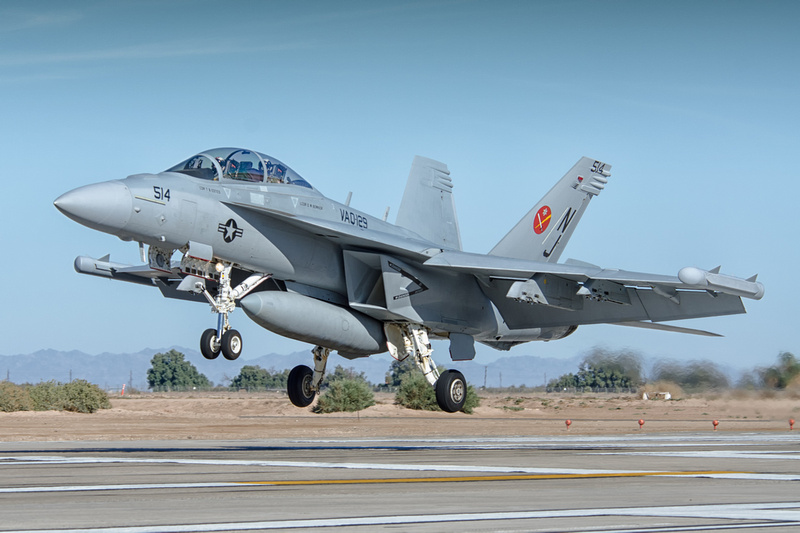 Tuesday, November 17, 2015, started out like most typical days, except we woke up much earlier than normal and we had a lot of driving ahead of us.  This day we would be heading to Naval Air Facility El Centro for another Photocall.  This would be a longer than normal day, usually I stay the night in El Centro, California the night after the Photocall.  Unfortunately, our work schedule dictated that we must return home to Phoenix, Arizona the same day.  That meant that we would be spending around eight hours on the road, and be driving around 510 miles.  None of this mattered to us, it was a day to spend next to the runway with some great friends and military aircraft.

We arrived early, and met many friends outside the fence near one of the farm fields.  It was great to catch up on what everybody has been doing, and this provided us with a view of aircraft returning to base after their morning training flights.  Right from the start, we could tell it was going to be a good day!  We could see that Electronic Attack Squadron 129 (VAQ-129) "Vikings" was in town with their Boeing EA-18G Growlers, Strike Fighter Squadron 122 (VFA-122) "Flying Eagles" was there with their Boeing F/A-18 Super Hornets, and the one everybody was especially excited to see, Marine Attack Training Squadron 203 (VMAT-203) "Hawks" was there with their McDonnell Douglas T/AV-8B Harrier IIs.

Once on base we had our briefing given by the PAO, and we were also able to hear from the base CO and XO.  It's always great to hear that they love hosting us out there and appreciate all that we do to support Naval Aviation.  We then split into two groups, this Photocall had around 100 photographers attending and they had to make two trips to get everyone out to the runway's LSO Shack.  Once out at the LSO Shack, things got busy very quickly with aircraft arriving and departing almost nonstop the entire afternoon.  There were a few surprise aircraft arrivals too, aircraft that just came in for fuel or other training.  There was a Grumman C-2A Greyhound from Fleet Logistics Support Squadron 30 (VRC-30) "Providers" beating up the pattern early in the afternoon, and there were multiple Bell AH-1Z Vipers from Marine Light Attack Helicopter Squadron 169 (HMLA-169) "Vipers" that came in for fuel.  Shortly before it was time to go, most of the aircraft that were out returned to base.  The late afternoon sunlight was awesome, and it was great to see the aircraft arriving back to base in the gorgeous light.

After the Photocall was over, it was time to head over to Burgers and Beer for our traditional post-Photocall Arizona Aviation Photographers (AzAP) dinner.  It's always a perfect way to end the day and enjoy some great conversation just prior to the drive home.

It was another awesome Photocall, and any day at NAF El Centro is better than any day in the office!  Our sincere thanks to everybody that helped in putting this Photocall together, especially the PAO shop, the CO, and the XO of NAF El Centro.