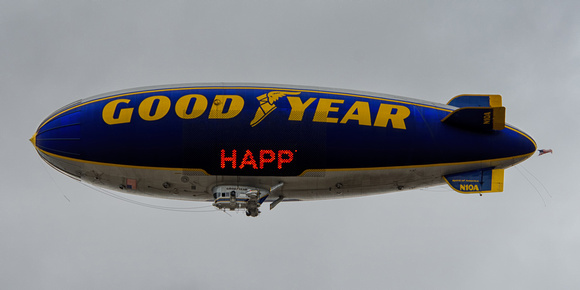 With Super Bowl XLIX right around the corner here in Phoenix, Arizona, we are starting to see different aircraft that are not normally in our skies.  The Goodyear Blimp GZ20A "Spirit of America" is one of these such aircraft.  It is well known that the Goodyear Blimps are used mainly for advertising and capturing aerial views of live sporting events on television, so it is not a surprise to see it flying around over Phoenix, Arizona a week before the big game.

Goodyear's "Spirit of America" is one of three blimps in the Goodyear fleet based in the United States.  The model GZ20A was manufactured by Goodyear Aerospace and according to Goodyear, the "Spirit of America" is based in Carson, California.  It was christened September 5, 2002 during a ceremony in Akron, Ohio.  The name of the ship was chosen as a tribute to the patriotic spirit of the United States.  Performing the christening was Mrs. Letitia Driscoll, mother of NYPD Officer Stephen Driscoll, who was killed in the South Tower of the World Trade Center on September 11, 2001.  The Goodyear GZ20A blimps have no internal frame and the internal pressure of the lifting gas (non-flammable helium) and air-filled ballonet bags maintain the shape of the envelope, the airship's polyester fabric skin.  The only solid structural parts are external: the passenger car, the nose battens (hollow aluminum tubes at the nose of the Blimp) and the tail fins. 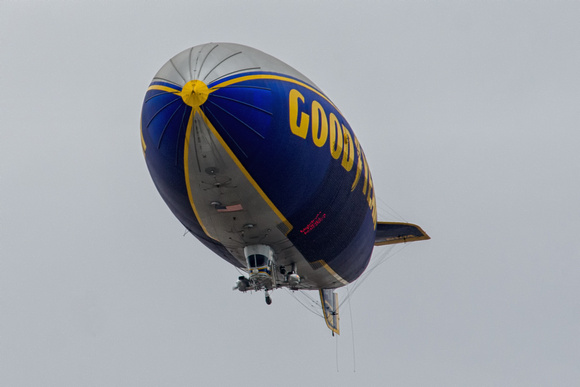