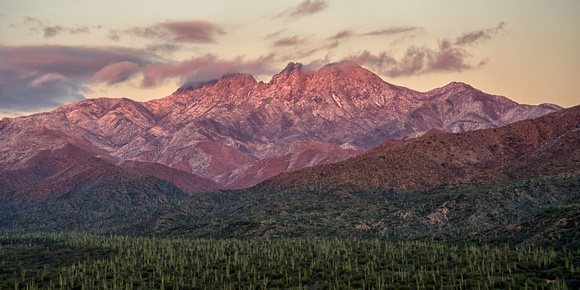 On New Year's Eve a winter storm came through Arizona covering much of the state in a blanket of snow.  When this has happened in the past I have always wanted to drive out to the Four Peaks Wilderness Area and take photos of Four Peaks with snow.  We waited a day too long and much of the snow had already melted, but this year we finally did make it out to get the photos I had wanted in years past.

On January 2, 2015, Rylan and I drove out to Four Peaks and spent a few hours taking photos as the sunlight went from afternoon through sunset.  It was beautiful, and it makes me wonder why we don't do it more often.  Phoenix, Arizona normally doesn't get any snow, but Four Peaks usually gets a blanket of snow a couple of times every year.  It has always been awesome to live in a city that doesn't get snow, but (on a clear day) to be able to look about 40 miles east and see snow on the mountains.  It helps to make our beautiful days this time of year feel a little more like Winter.

According to the US Forest Service, the Four Peaks Wilderness Area was established in 1984 and contains approximately 60,740 acres with a major mountain rising up in its center from the desert foothills.  The Four Peaks themselves are visible for many miles, and are one of the most widely recognized landmarks in central Arizona.  The rapid change in elevation produces interesting and unique plant and animal communities. Elevations range from 1,900 feet to 7,600. 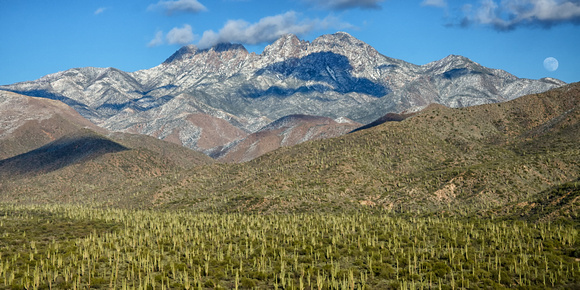 Information provided by the United States Department of Agriculture.