Why is there a B-17G in the Ottosen Photography logo? 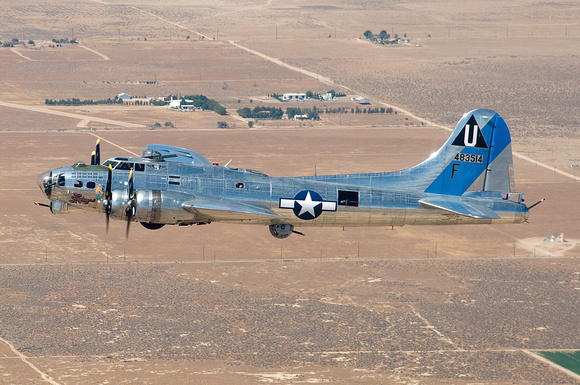 I chose to include the Boeing B-17G Flying Fortress in the Ottosen Photography logo for two reasons.  The first is because I have always loved the B-17, ever since I was a little kid it has been my favorite aircraft.  I remember going to air shows as a kid and seeing the beautiful B-17 flying through the air and sitting on display, where I could give it a closer examination.  It was amazing to be able to go through the historic aircraft and wonder what the young men that crewed these aircraft saw and what they were thinking on their bombing missions.

In 2006 I became a member of the Commemorative Air Force and Airbase Arizona working with Sentimental Journey the Airbase's resident B-17G.  In fact, this was the same B-17 I used to watch, examine, and go through when I was a kid attending those air shows.  Now I was going to get a chance to be a part of the action, and this was quickly becoming a dream come true!  In 2009 I became a B-17 Loadmaster and went on tour with Sentimental Journey.  The first time I ever got to fly on Sentimental Journey was a flight from Mesa, Arizona up to the Grand Canyon for a weekend tour stop.

The second time was during their 2009 Summer Tour where I was on the road for 10 days with the aircraft in California.  It was a lot of work, but it was also a lot of fun.  The last flight, before returning home to Falcon Field in Mesa, Arizona, would include two low-level bomber passes at Shafter-Minter Field near Bakersfield, California.

Due to my love for the aircraft, working as part of the flight crew, and having the opportunity to pilot one of these amazing machines is why I have chosen to include the Boeing B-17G in my Ottosen Photography logo.