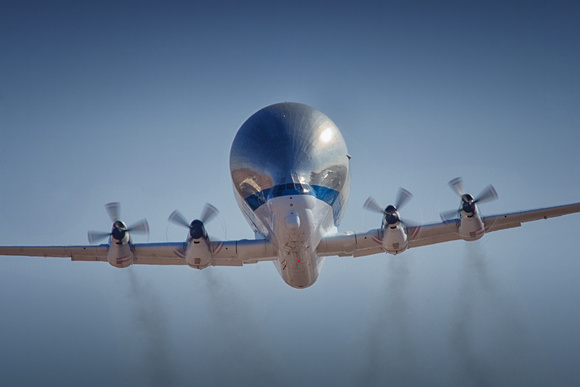 On December 10, 2014 I was able to see NASA's Aero Spacelines B-377-SGT Super Guppy Turbine at Phoenix-Mesa Gateway Airport.  It was only there for a quick Gas-n-Go while on a cross-country flight from California to Virginia.  During their stop, I was able to briefly talk to one of the pilots about the aircraft and what their current mission was.

NASA's Super Guppy aircraft was acquired by NASA from the European Space Agency under an International Space Station barter agreement, and manufactured by Airbus Industries.  The new Super Guppy is the latest version in a long line of Guppy cargo aircraft used by NASA. Guppy aircraft were used in several past space programs, including Gemini, Apollo, and Skylab, to transport spacecraft components. The first Guppy aircraft was developed in 1962, designed specifically for NASA operations by Aero Spacelines of California.

Aero Spacelines, Inc. was an American aircraft manufacturer which made a name for itself by converting Boeing 377 Stratocruisers into the famous Guppy line of airplanes, re-engineered solely for transporting oversized cargo such as space exploration vehicles.  Aero Spacelines was formed with only one customer in mind, NASA.  NASA required a way to transport outsized cargo from their suppliers' manufacturing plants to Cape Canaveral Air Force Station in Florida. 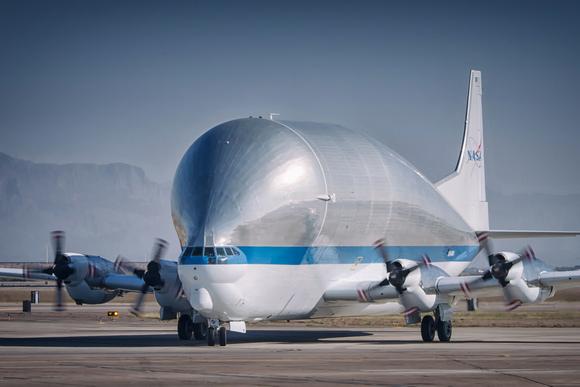 Information provided by NASA and Wikipedia.