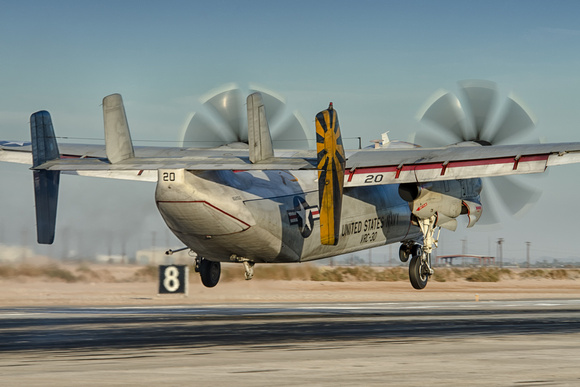 First, before I go any further, I would like to give a big thanks to the NAF El Centro Commanding Officer and the Public Affairs Office for making these photocalls a possible and an incredible opportunity.

Twice per year, Naval Air Facility El Centro hosts photocalls to spread the word about NAF El Centro and the mission of Naval Aviation.  These photocalls allow photographers to get up close to aircraft operations and see exactly what goes on at NAF El Centro.  Through the group I Co-Founded, the Arizona Aviation Photographers (AzAP), I have been able to attend many of these photocalls, and it is amazing being able to experience Naval Aviation this up close and personal.

November 20, 2014 started as an early morning, I was on the road by 0400 to give myself plenty of time to make the four hour drive to El Centro, California.  This was going to be a large group of photographers, over 100 of us, meeting outside the gate at 0930 to meet our escorts and make our way onto the base.  Once out at the end of the runway, we were able to spend almost five hours photographing all the flying that comes and goes at NAF El Centro.  There were McDonnell Douglas T-45C Goshawks from Training Squadron 9 (VT-9) "Tigers," where new aviators get their initial jet training.  There were McDonnell Douglas F/A-18 Hornets and Boeing F/A-18 Super Hornets from Strike Fighter Squadron 106 (VFA-106) "Gladiators," where aviators have moved up from their T-45s to learn to fly fighters.  There was also a Grumman C-2A Greyhound from Fleet Logistics Support Squadron 30 (VRC-30) "Providers."  The C-2A is the Navy's Carrier Onboard Delivery (COD) aircraft, and these are the ones that haul the mail and passengers to and from the carriers that are on deployment.

The T-45s and the F/A-18s practice various missions while their detachment is at NAF El Centro.  One of their main objectives is bombing, and they carry blue practice bombs and fly to the bombing ranges that are a short distance north of NAF El Centro.  The C-2A was working on approaches and touch-and-go landings and they were also doing some Landing Signal Officer (LSO) training.

It was another very successful photocall that ended with AzAP's normal visit to Burgers and Beer to visit with friends and discuss the excitement from the day.