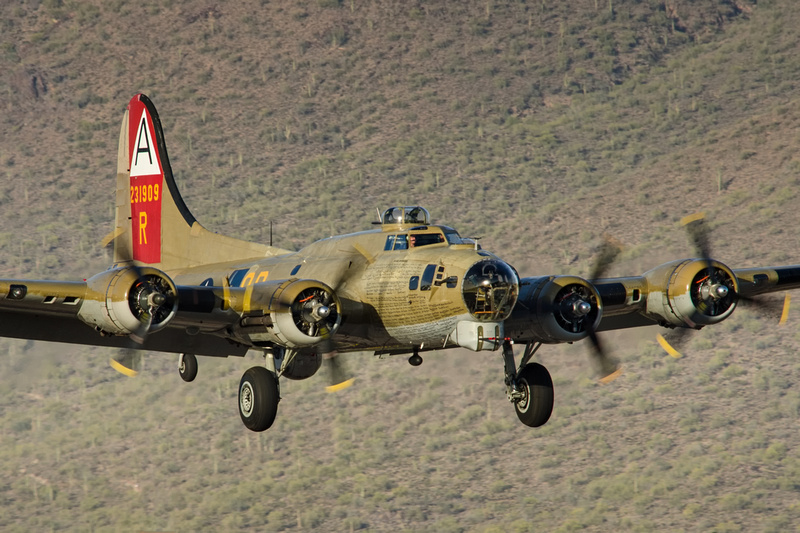 The Collings Foundation's Boeing B-17G Flying Fortress "Nine 0 Nine" was the first B-17 that I flew on, and I will never forget that day.  I have since been part of the flight crew of another B-17G, but nothing will ever take the memory of that first B-17 flight away.

On October 2, 2019, "Nine 0 Nine" crashed at Bradley Airport, near Hartford, Connecticut, killing seven and injuring six.  "Nine 0 Nine" was destroyed in the crash, but the true horror was that seven that lost their lives and the six that were rushed to hospitals.  While sad the aircraft was lost, it is tragic that some lost their lives and others were severely injured.  The Collings Foundation had the following statement about the crash:

Our thoughts and prayers are with those who were on that flight and we will be forever grateful to the heroic efforts of the first responders at Bradley.

The Collings Foundation flight team is fully cooperating with officials to determine the cause of the crash of the B-17 Flying Fortress and will comment further when details become known.

Back in early 2009 I was invited by Joe Kates and Photorecon to fly with the Collings Foundation from Glendale Municipal Airport to Scottsdale Airport on a repositioning flight.  Basically, the Collings Foundation was taking their warbirds from one tour stop to another, and I was invited along for the ride.  While not a long flight, it was truly and experience that I will never forget.

Our hearts go out to those that lost their lives, and our prayers go out to those that are recovering.  While a truly heartbreaking crash, I also hope that this doesn't mean the end for warbird flights and living history tours around the United States.  While truly heartbreaking, this history needs to keep flying.  There are still so many that need to see these aircraft in the air, learn about what they did, when they did, and about the Greatest Generation.

Please join the Collings Foundation in our thoughts and prayers with those who were on the tragic flight of the B-17 Flying Fortress “Nine-O-Nine” on Wednesday, October 2nd. We will be forever grateful to the heroic efforts of the first responders at Bradley International Airport and the assistance of all local agencies in the days after the crash.

The Collings Foundation team has been and remains fully cooperative with officials to determine the cause of the crash and we will comment further when facts and details become available. We have suspended the Wings of Freedom Tour for the remainder of the 2019 season and the aircraft have returned to our winter maintenance base in Florida.

The mission of the Collings Foundation remains steadfast in the goal of making history come alive as we have for over 30 years. Since 1989, the Wings of Freedom Tour has touched the lives of millions, as we have made visits to over 3600 communities in that time. Tens of thousands have flown aboard our Living History Flight Experiences (LHFE) on the B-17, B-24, B-25, and A-1E and flight training on the TP-51C, TF-51D, and TP-40N. In the past week we have received many stories on how powerful and life-changing the tour has been for families and as we move forward, and we expect there are thousands more who have been touched by the Wings of Freedom Tour.

In the coming months, federal agencies will be reviewing the LHFE program for not only our organization, but many other organizations nationwide who continue to fly vintage aircraft as a part of their educational mission. As these reviews take place, we feel it is important for the voices of those impacted by the Wings of Freedom Tour over the years to be heard. We need to let federal agencies know that the LHFE program is important to you and other American citizens as an educational tool.

Please take a moment to add your comments to the current docket regarding the renewal of the Collings Foundation LHFE program with the FAA at the Federal Register. You may do so online at the following link:

As you write your comment, please review the tips for submitting effective comments from Regulations.gov at https://www.regulations.gov/docs/Tips_For_Submitting_Effective_Comments.pdf

Thank you for your support of our living history mission.

Please help, as we have, and help keep history alive.