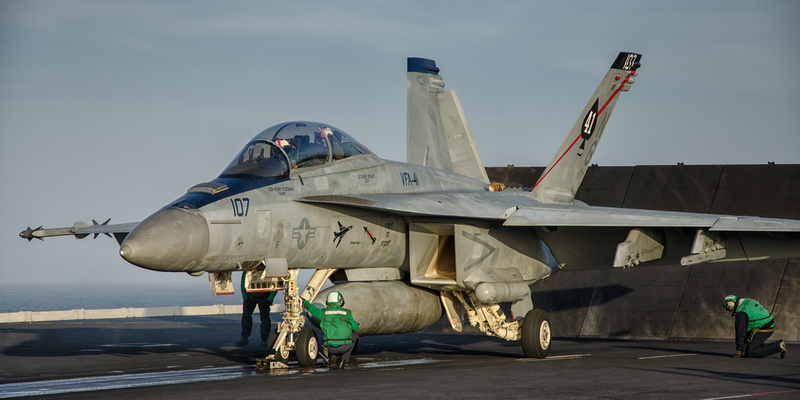 Stennis Sailors manned the rails as the ship sailed away from the pier at 8:30 a.m. and began the transit through the Puget Sound to the Pacific Ocean.

While it is hard to say goodbye to loved ones, Sailors are keeping a positive attitude and looking forward to all of the experiences.

"Deployment is bittersweet," said Logistics Specialist Seaman Miguel Torres, from Tacoma, Wash. "I hate having to leave my family behind, but I get to see the world. I'm excited to see all of the sites that people only get to see on TV. I get to experience the real thing."

For a quarter of the crew this is their first deployment. For other Sailors, this isn't their first rodeo. "This is my second deployment, but I'm still really excited," said Aviation Boatswain's Mate (Handling) Airman Ryan Blackwell, from Crystal Lake, Ill. "My first deployment was a great experience, and I learned a lot. I'm mostly looking forward to port visits and experiencing all of the cultures I've never seen before."

Stennis' crew has spent 56% of the past year underway preparing for this deployment to the Western Pacific area of operations. They expect to participate in a number of exercises; training, integrating and building capacity with allies in that region.

"Deploying is the culmination of our training," said Capt. Mike Wettlaufer, Stennis' commanding officer. "This crew has attacked every challenge thrown their way, and as we leave to answer our nation's call, I couldn't be any prouder of them. We are ready."

Stennis is the nuclear-powered flagship of the John C. Stennis Carrier Strike Group (JCSSG), which will also deploy as part of an ongoing rotation of U.S. forces supporting maritime security operations in waters around the world.

The strike group will be the centerpiece of the Great Green Fleet, a year-long initiative highlighting the Navy's efforts to transform its energy use to increase operational capability. JCSSG will use energy efficiency measures, to include technologies and operational procedures, and alternative fuel in the course of its normal operations.

On April 30, 2015, I was able to take part in a 24-hour, Distinguished Visitor (DV)/media embark aboard the US Navy aircraft carrier, USS John C. Stennis (CVN 74).  The Navy flew me to and from the ship in a Grumman C-2A Greyhound, and we made an arrested landing upon arrival and a catapult launch when we departed the next day.  I was able to see much of the ship, and also spend many hours taking photos on their active flight deck.  It was an amazing experience that I will never forget!