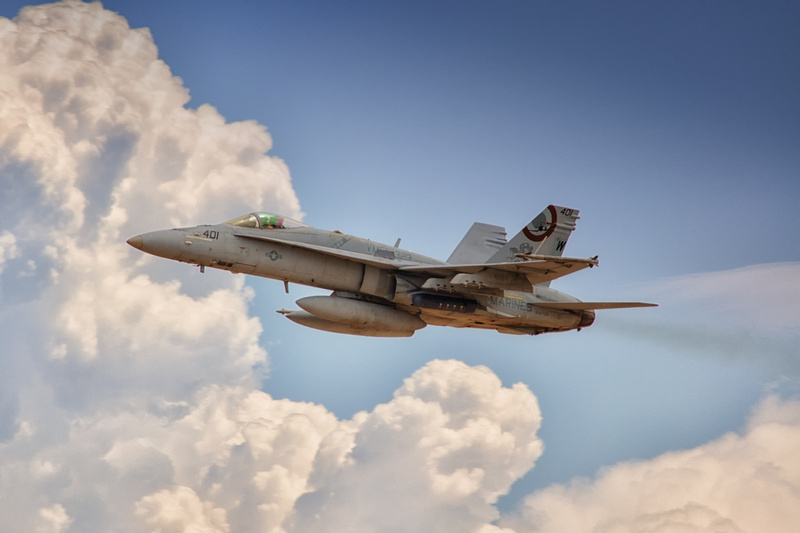 The United States Marine Corps celebrated community, country and Corps with the greater Phoenix area as more than 600 Marines flooded the "Valley of the Sun" from September 10-13, 2015. Your Leathernecks performed band concerts, showcased equipment and aircraft, such as the MV-22b Osprey and AH-1Z Viper, and engaged in community service events. 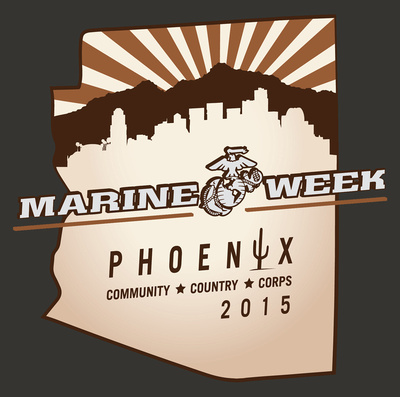 Part of Marine Week Phoenix were two Marine Air-Ground Task Force demonstrations held out at the University of Phoenix Stadium (Arizona Cardinals). The Marines were gracious enough to invite Ottosen Photography out there as part of the media, but I chose to avoid the crowds and head over to Phoenix-Mesa Gateway Airport instead. This is where the Marines were staging their aircraft for the MAGTF Demo, and it allowed me to get a behind-the-scenes look at what it takes to launch and recover these aircraft. The Marines brought a Lockheed Martin KC-130J Super Hercules, three McDonnell Douglas F/A-18C Hornets, three Bell/Boeing MV-22B Ospreys, two Bell UH-1Y Venoms, and two Bell AH-1Z Vipers for these demos.  One of the Hornets and one of the Ospreys were extras, just in case there were any mechanical issues with one of the other aircraft. It was incredible to see all of these aircraft start and move into action all at the same time. All of the planning done in their preflight briefing, and their training as pilots, could really be seen as the aircraft moved individually in their element, and as a whole group preparing to depart the airfield.

The MAGTF is specifically designed for swift deployment of Marine forces by air, land, or sea. The MAGTF provides our nation with a broad spectrum of response options when our nation's interests are threatened. Coordinating a balanced team of ground, air, and logistics assets under a central command, these self-sustained, combined arms forces conduct the full range of operations. MAGTFs can be tailored in size and capability to meet the needs of each mission.

Being "First to Fight" is just as important in the air as it is on land and at sea. As America's expeditionary force in readiness, the Marine Corps requires a flexible, responsive aviation combat element.

Air to Ground
There is no better integration of air, ground, logistics assets into one unit than the MAGTF.  Whether the mission calls for the rapid insertion of ground units or for providing close air support, the Marines on the ground can count on the Marines in the air.  There are more than 80 active squadrons in the Marine Corps made up of Rotary-Wing, Fixed-Wing, Tilt-rotor, and Unmanned aircraft. It is the task of Marine Aviation to provide six functions: assault support, anti-aircraft warfare, offensive air support, electronic warfare, control of aircraft and missiles and aerial reconnaissance.

Marine Aviation provides MAGTF commanders with six essential functions: Offensive Air Support, Anti-Aircraft Warfare, Assault Support, Control of Missiles and Aircraft, Aerial Reconnaissance, and Electronic Warfare. One example of a Marine aircraft that can provide many of these functions is the four-bladed Marine UH-1Y Venom. 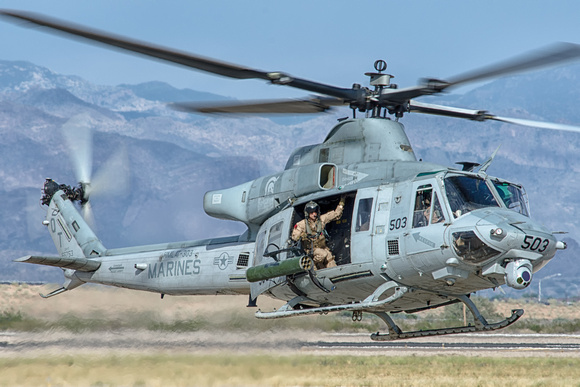 Marine Aviation's ability to deploy rapidly and take off and land from makeshift airfields is another of its distinctions. The ability to provide support from the air is predicated on the ability to bring airpower as close as possible to the fight. There isn't a force more capable of responding quickly in any environment around the world than the MAGTF, and it is the adaptable, rapidly deployable nature of Marine Aviation that makes this possible.

The term Close Air Support (CAS), has become synonymous with Marine Aviation because Marines have always considered it to be the most significant contribution provided from the air. No other aviation force in the world puts so much importance on close air support and, because of this, no ground force is as capable as the Marine Corps.

It was the introduction of airpower that allowed the Marine Corps to become the quick reaction force our nation required, and demanded. What sets Marine Aviation apart is how it fits within the framework of a combined arms force. This structure is the vital piece of the dilemma the Marine Corps presents to its enemy: To counteract one element is to become vulnerable to another. To take cover from our infantry is to present a target for our close air support. To run from our bombs is to become exposed to our riflemen.

Ship to Shore
As global natural resources become scarcer and competition for these resources increases, migration to coastal areas will rise.  Add to this scenario the fact that many of these regions are undeveloped, and the conditions for conflict ripen. Fortunately for our nation and world, these emerging threats align with the Marine Corps' foremost area of expertise. Marines have the amphibious capabilities to reach areas traditional forces cannot and are able to operate without ports, airstrips or significant infrastructure. This ability to project power from the sea, whether to provide aid, defeat an oppressor or re-establish order, is one of our most significant areas of difference from the other services. It isn't enough to get Marines ashore, however. Marines must have the firepower to carry the day upon arrival. Deployed aboard amphibious assault ships that include a flight deck, hangar deck and well deck, Marines hit the beach with the full support of every logistics and aviation asset in a MAGTF.

I have never seen a MAGTF demo in person, but after seeing some of the aviation action this week and reading more about the MAGTF, I can honestly say that I would love to see the MAGTF demo in action. I know they do the demo at the MCAS Miramar Air Show, maybe it's time to start making some reservations in San Diego, California.